My fuppet's name is Mischief.  Mischief is 8 years old.  The shape of his head is a rectangle.  Mischief's tongue is as orange as a clean road cone.  His mouth is read like a vest that was polished.  Mischief hair is as dark as the midnight sky.  His skin is as smooth as cats fur.

Mischief lives in Eastern Fuppet World, 25A Tree Street.  He has a cat called Blinkey.  Mischief likes to play cricket and basketball.  His hobby is sport. 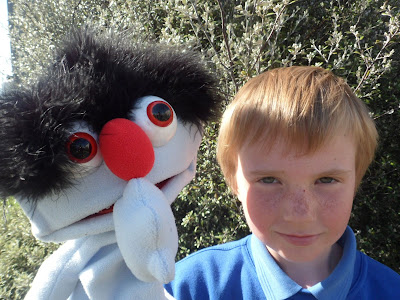