On Sunday 20th May I had go-kart racing. I had to wake up at 5:50am to get ready, but my Dad didn't wake up and Tyler went back to bed. Then Dad woke up and went to have a shower, so we all got ready. We had to leave at 7.00 am to get to the go-kart track. When we get there we needed to get the karts ready. We had to unpack the karts and get the tools out. After awhile we started to practice by warming our go-karts up and driving around the track. After the practise we start to do time trials. We need to drive as fast as we can go. For my time trail my go-kart kept on slowing down because it was bursting for fuel.

Then it was the Enduro and we had to do as many laps as we could in 25 minutes. I got fuel on my overalls. 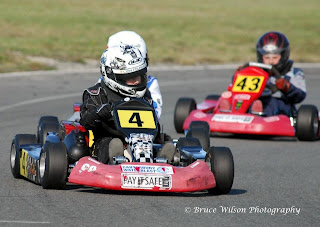 Want to read something different at home check out Kiwi Kids News.  When you're on this page click the green button 'World.'  What height is the tallest lego tower?  What's Miss Piggy up too?  Click on the 'Odd Stuff' button...very interesting reading!
Posted by Room 6 at Friday, May 18, 2012 1 comments

Today we learnt about data. We noticed that there were more girls that were right handed, with brown eyes.  We had to keep on changing the data around because we wanted to see what was different about it.  We had to cut the data squares out and then we had to put them in order. We walked around to look at each others data. 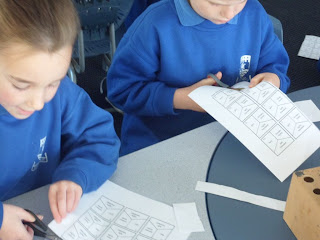 Today it was the Year 3/4 cross country.  We ran the competitive run.  Nobody stopped for water, but everybody wanted too!  We all felt proud.  Luckily nobody got hurt and everyone finished safely.

On Saturday at 2 pm I went to Rosa's birthday party.  There were only three or four girls wearing dresses.  I was the first person there.  I got Rosa Littlest Petshop baking mixtures and glitter.

We got a decorated cupcake.  The flavour was chocolate with pink icing.  Some of the party food was: cheerios, chips and chocolate.  When we were there we made kites and we used glitter, twisters, paint and glitter glue.

We got our face painted by one of the Mum's.  Everyone at the party got strings.  When my Mum picked me up she was surprised when she saw my face.  Then we went to our neighbours place and she was suprised too! 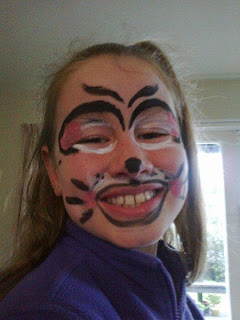 On Sunday we got home from the shops and we didn't go inside.  We stayed outside and played with our bunnies.  I decided to make a little house for my bunnies.

I then said to Chloe 'I know what we can do! I'll get some cardboard box’s and make a little house for them.'

We lifted up the cage to put our boxes in and then the bunnies escaped!  I didn't know what to do.  I then had an idea to get Dad's fishing nets and catch them.  We chased them all over the backyard and we also had to chase the neighbours cats away because they were chasing after the rabbits.  We finally caught the bunnies.

My bunny is brown and fluffy and its name is Snuggles.  My sister's bunny is black and cute and called Sparkles.  My bunny is the cutest! 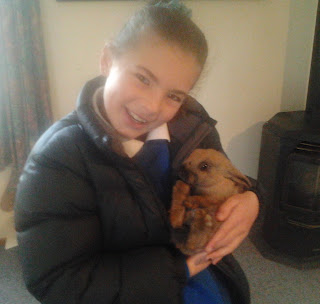 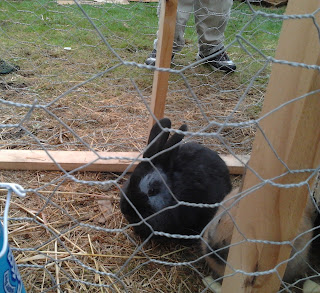 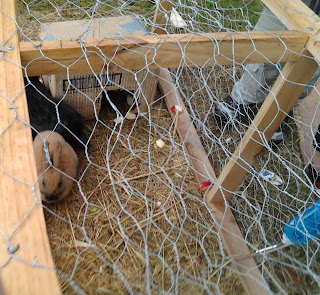 In the holidays I went to the Westpac Rescue Helicopter open day. It was near the airport and there where four helicopters.  The was one was Westpac rescue helicopter.  The other three helicopter where giving rides. I went flying in the helicopter and I had a great time.  I managed to spot the the cathedral square, The Warehouse and AMI stadium because we flew over the city.

The Westpac rescue helicopter didn't have its winch on.  The winch is used to lower the people down if it can't land.  The Bomb Disposal Team were there with their robot that dislocates bombs.  They wear a protection suit with big metal shields.  They said they'd being blown up quite a few times!  They tried to stop the Pike Rive mine from blowing up.

The airport fire team where at the open day as well. Their fire engines have wheels as big as the back wheels on a tractor.  They are quite tall, so they can reach the plane to put out the fire.  They are stored in the repair shed. The normal fire team where there as well.

It was freaky when I walked next to the fire engine with the ladder up.  It looked like the ladder was moving. They also had a fire truck with a satellite on the top. 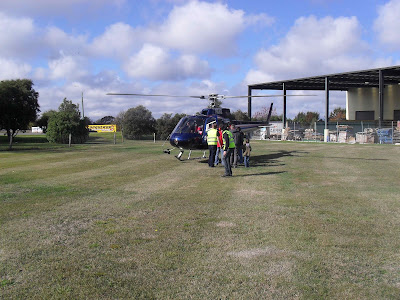 Children what can you see?

Once I had head lice and we didn't know what to do.  We combed my hair and cleaned it.  Then we went down to Timaru and my Nana brought Nitenz.  This shampoo worked and we got Nitenz spray.

I had nits and I treated it five times and it didn't work! I dyed my hair and it worked.

I taught a junior class once and felt like I had head lice for the whole year!  I remember one day my relief teacher was walking back to class and live lice were dropping off her head!

I had head lice and I used this stuff that contained acid.  When I put it on it stung like mad.  It felt like fire, it really hurt, but it got rid of them.

My sister and I had head lice at the same time.  I used the same treatment as my sister, but I had the boy one and my Sister had the girl one.  We had it for about a month, it really was annoying! My Mum had to pull the eggs out of my hair!  It  and it really hurt!

Last year I had head lice once.  I used this stuff called Move, I had to put it on my hair and put a shower cap on for an hour.... IT STUNG SO MUCH!!!!!!!!!  When the hour was over  I had to take it off by washing my hair in the bath.  Then the next day I still had them it was so itchy!!!!!!
That afternoon I used Move again.  My Mum and I broke the cycle.

I had nits for a whole year and I couldn't get rid of them! I the used a product that I had to put on with wet hair and even with cold water the product STUNG so much.

Once I had head lice. My mum had to condition it and then brush it constantly for ten minutes after with a fine brush. But it did not work, so my Mum had to buy some children's product stuff.  When we got home we realised that it put a little bit of poison into my body. My mum said "I think we should just do the conditioning and brushing," and after a while I finally broke the cycle!!!!!

One day I got head lice and my Mum straight away said, "I'll go and get the conditioner from the shop."  It was tea tree oil and it did not smell nice.  I had to do it about three times before we broke the life cycle.

Hunting around the school...

Today we hunted around the school to look at some poems written by children at the Young Writer's Workshop.  There were all sorts of poems.  I liked the poem called 'Sunday Roast,' by Alex.  It had a very good similes in there.   There was one about a Tsunami, it was really good.  The whole class enjoyed reading the poems.  We loved the great similes! 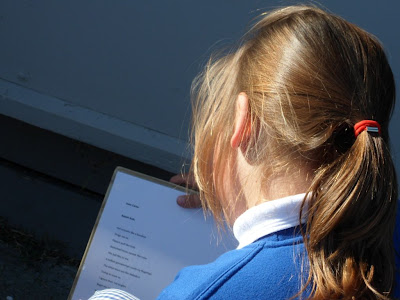 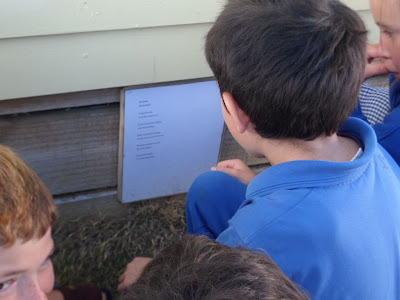