Caitlyn, Tasman and Maisie went and thought of some tips you could use when making 3D shapes.

Do you know what this shape is? 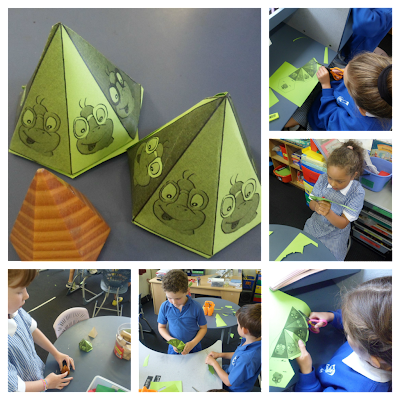 In the holidays on 2nd January I went to Ashley Gorge. Ashley Gorge is a camping ground. On the first day we unpacked in thunder storms and real bad rain. Then I went to my friends tent.  After 5 minutes I had to help hold the tent down because it nearly blew away.  Then the next day we were planing on going down to the river for a swim.  My Dad went down and had a look and the river was very high and dirty.

After a few hours there was a water slide at the camp.  It was awesome!  When it was over we had a shower and got changed.  The showers work differently because you have to put in a token and it gives you five minutes of hot water.  When it was over and my friend Ethan and I went for a bike ride.  When we were biking we found a little area in the bushes, so we went down and had a look.  It was really fun, so we made it into our secret hideout.  On the next day we got up and it was sunny.  The river was alright, so we got to go for a swim.  After lunch we got our wetsuits on and went down to the river.  When we got down to the river we started swimming.  The river was cold when I first got in, but it became warm.  I jumped off the rocks into the water.  Then a few days later it was time to leave, so we packed up and left. 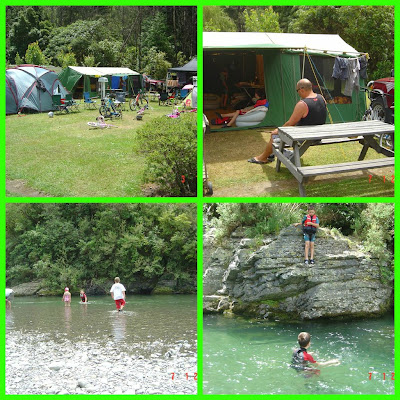 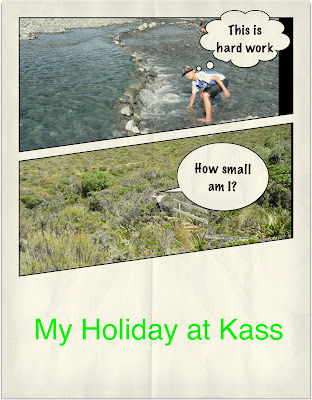 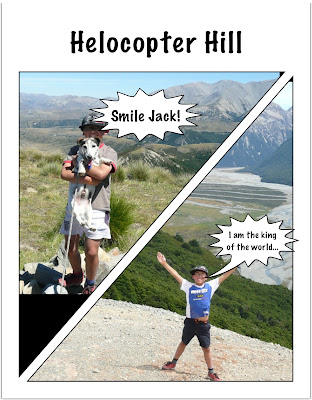 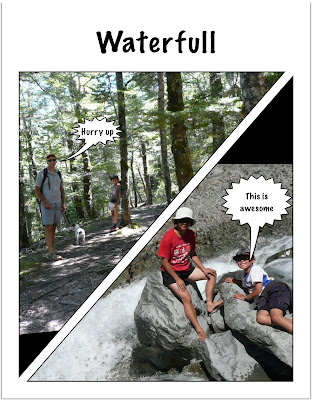 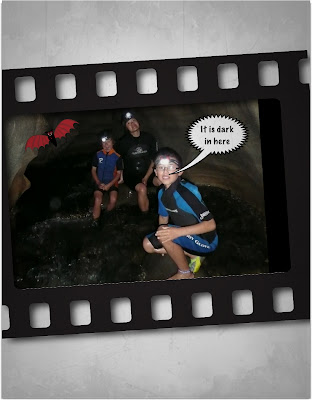 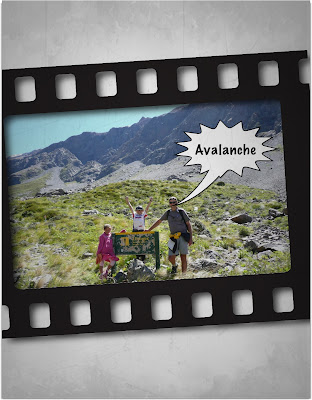 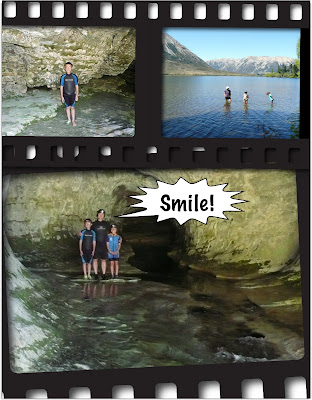 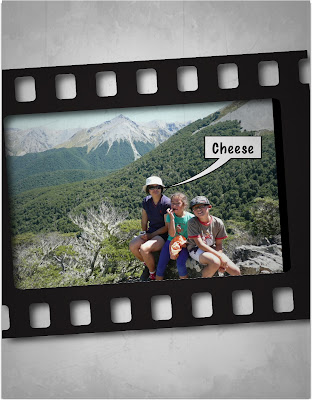 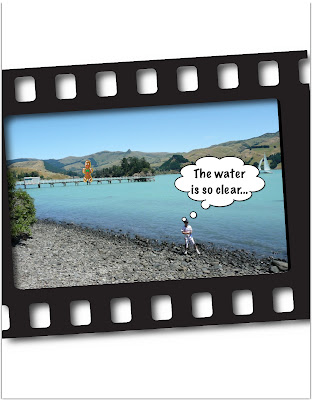 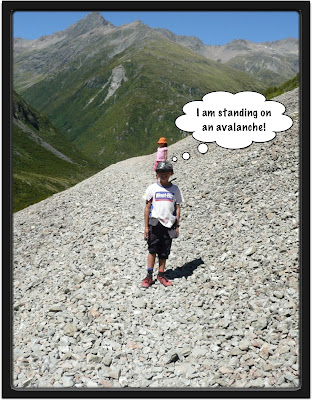 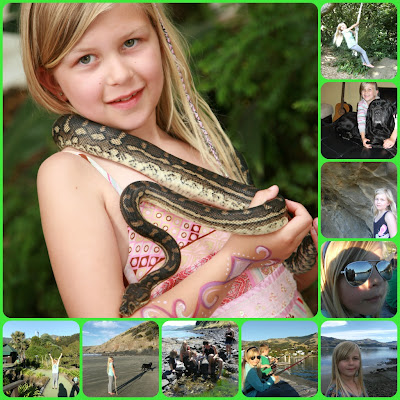 In the holidays I went to Akaroa  and Australia. I held a snake in Australia   Its scales were smooth.  I was a bit scared at the start, but not in the end.

In Akaroa I went fishing and played mini golf.  We also went looking for lizards, but we only found rock pools.  My favourite thing to do was playing on the rope swing.
Posted by Room 6 at Wednesday, February 20, 2013 0 comments

In the holidays I went to Lake Tekapo.  It was fun and weird at the same time.  It was the weather that was weird, but lets not go there just yet.  I want to talk about the water.  It was my first time water skiing.  It was scary but awesome aswell.  Now for the weather we had thunder and lighting storms, and snow in the middle of the night!  It rained most of the time, but my family was there and that made my happy. 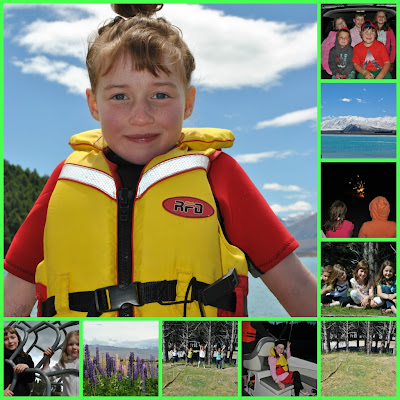 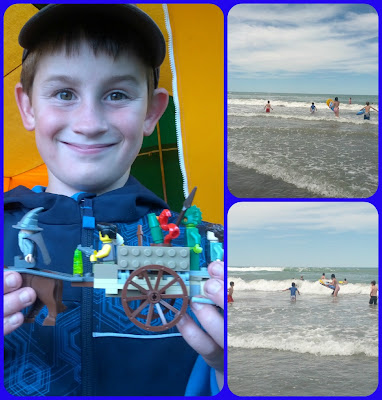 In the holidays I went to Woodend Holiday Park.  There was a beach there with big fun waves. I saw a really funny clown.  My favorite part was the card trick.  I picked number forty two and the clown guessed what number I had. I built a really awesome lego cart.  On my birthday I went to the mall andI got to do bungee jumping, it was totally fun!
Posted by Room 6 at Wednesday, February 20, 2013 1 comments 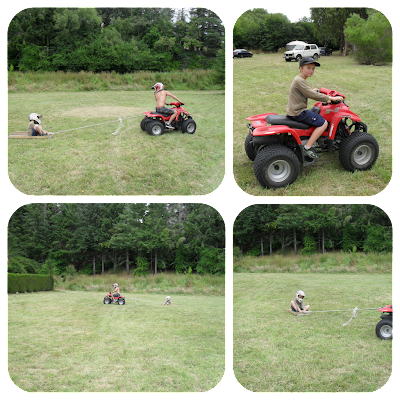 On New Year’s Eve my Mum and Grandma were at my house packing stuff into the cars.  There was quite a bit of stuff to fit in the car.  It took half an hour to pack the car.  We left the house, but Dad was still in bed and he had work the next day.  On the way to Cheviot we saw some awesome sights.  It took 1 hour and 30 min to get there.  There were ten people at the camp site.  The camp site was on a farm and there was a dog called Sky.  She was nice to play fetch with and Sky had a playful personality. The next day I went on the quad bike.  It was awesome to drive it by myself.

Then we made a sled.  My three friends, and adult and I helped to make it.  Then we went to test it.  It was funny on the first attempt.  The sled broke and then we tried again.  That also broke, but the third time it didn't break.  Then we took the sled out in front of the cabins, on the closes side to the road.  I had to jump because the diver of the quad bike did a drift and the person fell off.

Then I had a turn and I did 3 laps.  My Mum and Grandma were down the other end of the camp site.  The halfway mark of the campsite was 50 meters the entire place was 100 meters long, so I brought my bike the next day.  One of my friends took me on the back of a motorbike.  I went around the track five times and that was awesome. Then the next day we l went home from Cheviot.
Posted by Room 6 at Wednesday, February 20, 2013 0 comments

When I went to Wellington...

On the way to the museum I saw a park, but we couldn't play so we kept walking. Then when we got there it was so so coo! There was a fountain with a big ball. The ball was like a big bowling ball and very heavy too. Mum noticed that the Kahu show was on, but not in until 1 pm. We went to the Aquarium. I saw an octopus. I was a little scared until I got close to it. I also saw fish, sharks and a swordfish. Mum said, "Kiara come here, it is time for the Kahu show.' I was thrilled. On the way back we went to the park and got an ice cream. After we ate the ice cream it was time to go home. 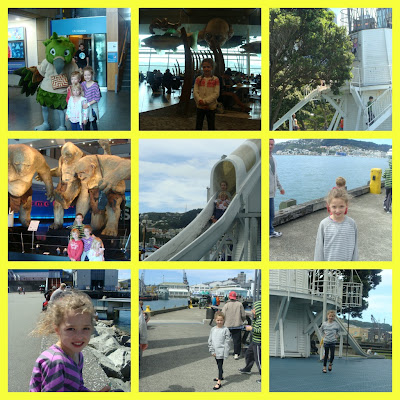 Holiday Snapshot: On a Farm in Cheviot

Holiday Snapshot: A Trip to Wellington 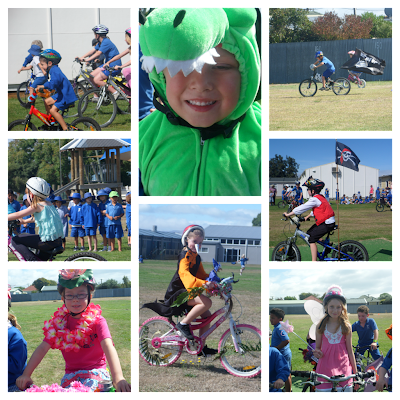 Today was bike day, everybody in the school joined in with the fun.  There were people dressed up as all sorts of things.  We saw bunnies, witches, Santa on bikes, fairies and flower girls.  Our favorite costume was the crocodile.  What's your favorite costume?

On our first day of school we did a QR code treasure hunt.  We had to find 14 QR codes in groups of two or three.  We had so much fun!  We had to answer questions about our new class. 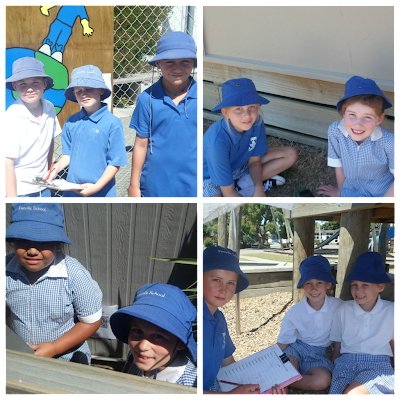 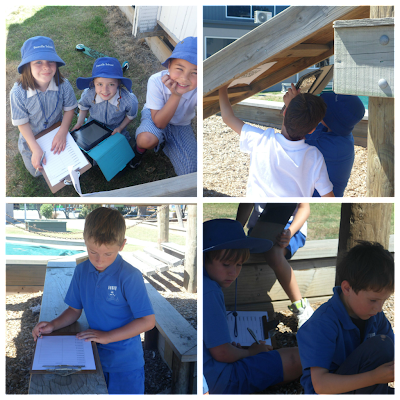 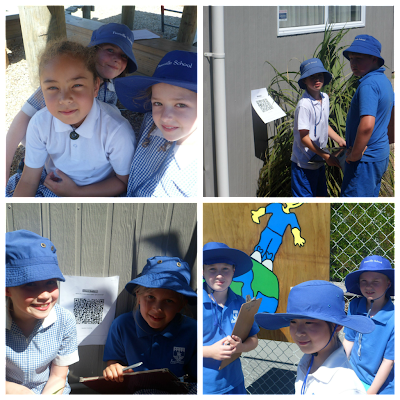