This is my cat Arthur, his breed is a Persian and he is 5yrs old we got him from the Cat's Protection and he had to get all his fur shaved off when they found him. Arthur's fur is black and his personality is awesome.  He thinks he's the king of the jungle and never let's other cats in his territory.

Arthur needs lots of brushing.  Mum or I have to do his eyes with a cloth because he can't clean his eyes and they get lots of junk in them.  Arthur can be silly because once when he was on my bed he was rolling around and he fell off my bed.  It was so funny because he was just hanging there with his claws stuck into the covers.  Sometimes he plays with a cat-nip ball that's really fluffy and is woolen, so it gets stuck in his claws and he goes CRAZY! He also plays with string and runs around the house with all sorts of pens. 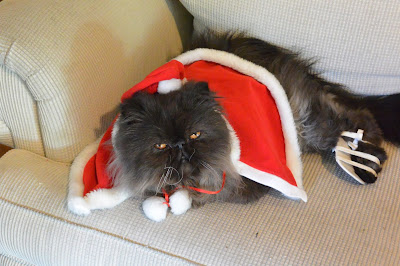 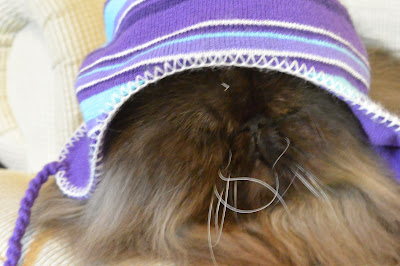 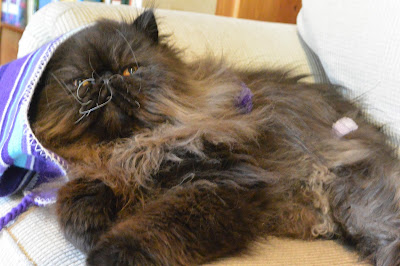