My animal's names are called Max and Garth.  Max is six years old and Garth is one years old. Max has black, brownish goldish and white fur. Garth has ginger and white fur. Max is a softy because he is so gentle and he wont hurt any other dog.  He is also cuddly and he loves pats. Garth is playful because he always plays a lot and he loves to play hide and seek on his own.  Garth eats cat meat and cat whiskers biscuits.  Max eats dog roll and sometimes he has his treats when he doesn't scab around people, his treats are biscuits. Garth sometimes sleeps on my bed when I don't realise until he starts chewing or moving then I wake up. Max loves sleeping on Nikkita's bed. 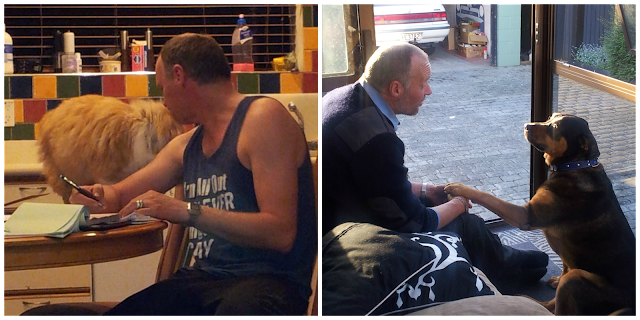